Goldman Sachs predicts a robust post-COVID comeback for the music industry — forecasting it to double in size to $142 billion by 2030 — yet the portion claimed by the musicians themselves is shrinking unsustainably. This phenomenon is driven largely by streaming services, which control 83% of all music distribution yet pay artists and songwriters less than any other form of distribution today or in the last 75+ years.

The market is dysfunctional, and artists are left unable to earn a living wage. Community Musician has set out to rewrite this narrative and our goal is to capture 5% of this $142B market. 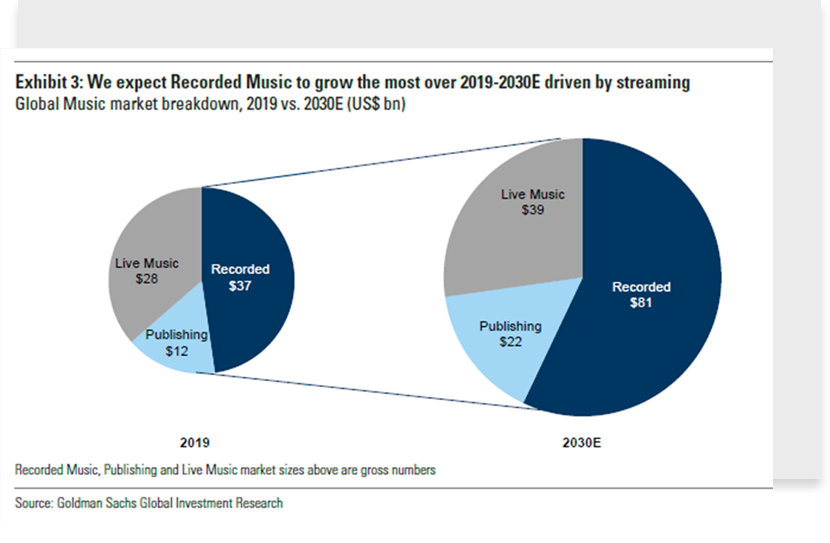 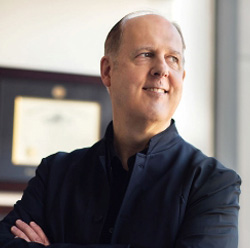 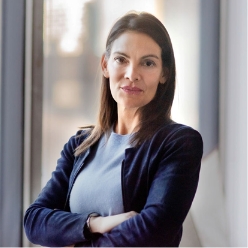 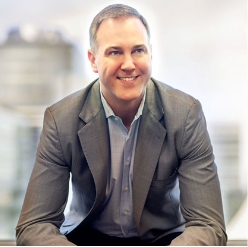 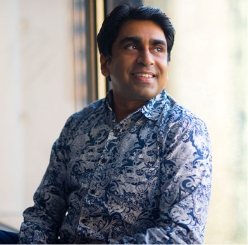 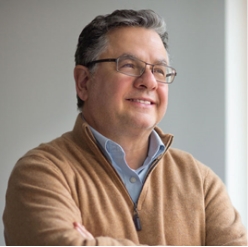 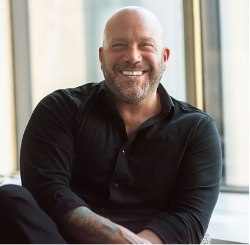 The music industry is forecast to grow ~2x by 2030 to reach $142B annual revenue and yet creators cannot make a living wage today. That's because streaming is driving revenue growth in the music industry and as of 2021 accounted for 83% of recorded music revenues.

Unfortunately, even with streaming, creators still struggle. A 2020 Business Insider report found that artists on Spotify earn as little as $0.0033 per stream. Making it worse, 70% of recorded music consumed is catalog music (music that was released >2 years ago). 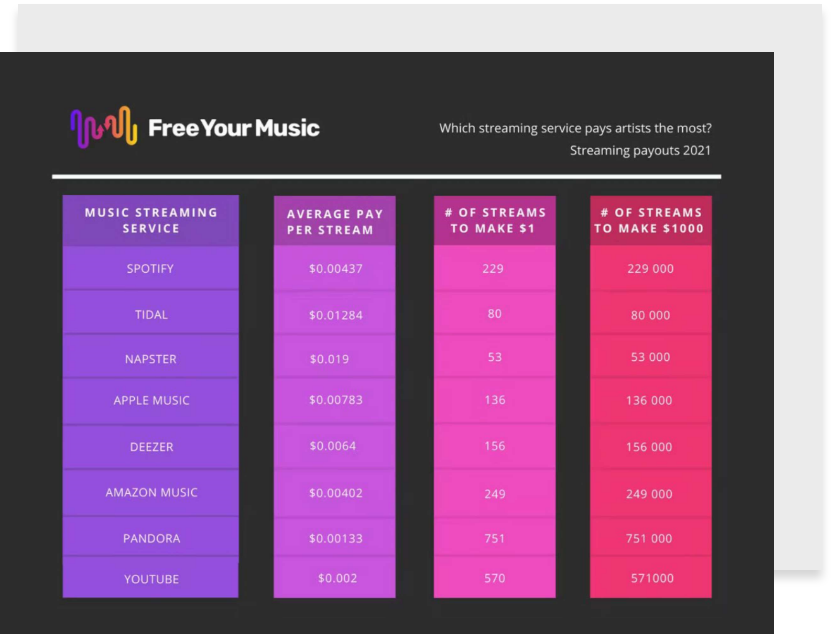 With so little money being paid to artists for new music on streaming platforms artists have resorted to selling vinyl records at their shows.  10 years ago there were less than 1M vinyl records sold in the U.S., but that figure has grown to ~42m in 2021 and sales topped $1B for the first time since 1986.  Every Wal-Mart and Target in every U.S. suburb now has a record aisle again.  Unfortunately, demand has now outstripped supply and record presses currently require a minimum order of 1,000 discs at an average price of $8 per and a lead time in excess of 1 year with even stars like Jack White pleading for record labels to help produce more records.

The Community Musician management team has developed a strategic plan to enable those looking to unlock a career in music, without the blockers creators are currently facing. The CM team plans to implement:

Roll up strategy — acquire & consolidate the fragmented music rehearsal space market in the top 50 cities in the U.S.

We believe there are 250+ music rehearsal businesses operating in the U.S. but no national brand. The CM team has analyzed the top 50 cities in the U.S. by population and the leading rehearsal space businesses in each.

With a term sheet (a nonbinding agreement outlining the basic terms and conditions under which an investment will be made) in hand, CM's goal is to acquire Nic Yannariello's Puddletown Studios in Portland, OR for its first acquisition. Nic has assembled one of the best music rehearsal space businesses in the U.S. today and we believe is a dominant player within the Portland community with 8 buildings and ~350 rehearsal rooms representing a community of >8,000 musicians. Nic is a member of the Community Musician management team, responsible for spearheading the roll up strategy using the operational systems, processes, and methodologies he's developed through his extensive career.

Through a roll up strategy, the opportunity exists to acquire businesses and welcome their customers to the CM family & ecosystem.

Build a digital community — match the physical communities & link them on a local, regional and national level

CM management believes the patent-pending Collectible Music Cards can consistently be produced at lower price, a fraction of the size, and more rapidly available. Imagine the best of both physical & digital.

This innovative distribution model ensures that creators can attain a fair market value when selling the art they create.

As traction is gained with early adopters, Community Musician plans to pursue partnership opportunities with speaker companies, selling the Collectible Music Cards first in record stores and then in big box retailers taking advantage of the existing infrastructure built for gift cards.

Community Musician envisions identifying talent as creators distinguish themselves coming up through the local, regional, and national ecosystem of rehearsal spaces and recording studios.

CM believes this no-cost model for sourcing new talent has the potential to enable Community Musician to offer more favorable terms to the artists — a greater portion of profits when they distribute their music through existing distribution models (e.g., streaming, vinyl, synchronization, etc.).

You can't make inspiration happen, but you can create the conditions under which inspiration can happen and be ready to capture it when it does.

Scott Arey has spent the majority of his career helping entrepreneurs grow their companies and then unlock hundreds of millions in shareholder value. Mr. Arey is an accomplished musician and composer who still actively records, performs and releases new material. After acquiring Community Musician Mr. Arey developed now patented technology, globally trademarked brands and stood up the international business units required to completely re-make the music industry and give birth to a renaissance of creativity and quality that supports the people who create the value, the musicians.

Prior to devoting himself full time to Community Musician, Scott Arey was the Chief Financial Officer of Gearbox which was sold in early 2021 to the Embracer Group for $1.3B after having been valued in 2019 at less than $100M. Mr. Arey started his career at KPMG, but soon joined Bank of America where he worked for 10 years becoming CFO of the Commercial Banking Division and then CFO of BofA's International Trade Bank. He graduated from Stanford University with a B.A. in Economics and a B.A. in Public Policy with honors. He currently lives in Dallas.

Our management team is just like a band with each member listening to make sure that what they are doing is in tune with and fully supporting the work of the other members.

Derek Toone has helped multiple founders to start and scale businesses that have launched categories and transformed industries. Most recently, Derek was Head of Americas Sales and Global Channel Chief for Silicon Valley "unicorn" Automation Anywhere, Inc. where he led revenue and market share growth that helped the company to raise $250 Million in 2018 on a $1.8 Billion valuation in one of the largest Series A financing rounds in Silicon Valley history followed in 2019 by $290 Million on a $6.8 Billion valuation for Series B. Bloomberg reports that Automation Anywhere, Inc. is expected to IPO in 2022. Investors in Automation Anywhere, Inc. include Salesforce, Workday, Goldman Sachs, Softbank, NEA, General Atlantic and World Innovation Lab. Derek Toone began his career as a consultant analyzing the business processes of Fortune 200 companies around the world and then crafting solutions which led to successful implementations for them. Derek is a Member of the State Bar of Texas, holds a JD in Law from Southern Methodist University and BA in Marketing from Texas Tech University. He currently lives with his young daughter in Dallas.

Artists have the right to receive fair market value compensation for their creative work and to be part of a music ecosystem that supports creativity, encourages breadth, variety, and diversity among creators.

Alisa deRosa, is a music industry veteran who spent 8 years at Grubman Shire Meiselas & Sacks, the world's most prestigious entertainment law firm whose clients include music industry luminaries such as Sting, Madonna, U2, Elton John, Lady Gaga, Nicki Minaj, Mary J. Blige, Rod Stewart, Sean "Puffy" Combs, Luther Vandross, Bruce Springsteen, Mariah Carey, Andrew Lloyd Webber and The Wkend. Ms. deRosa left Grubman to join Beyonce's Parkwood Entertainment as General Counsel and Chief Operating Officer where she lead the company through a high growth phase that helped build Parkwood into a significant multi-pronged organization. She graduated from Syracuse with a JD and MA in Law and International Relations after receiving her BA in Government and French from Dartmouth. She currently lives in Brooklyn New York with her husband, two daughters and rescue dog Roxy.

Do it right the first time. Cutting corners ends up costing you valuable time which may result in erosion of hard won market position.

Douglas Schiller has decades of experience as a CFO at multiple high tech companies. Mr. Schiller has created and successfully led numerous S1 filings through the SEC review and comment processes. He is also the creator of "CrushErrors" a B2B SaaS productivity tool designed for forensic accountants to evaluate acquisition targets for fraud potential. Doug has helped numerous companies through financing, diligence, strategic planning, and capital raises. He specializes in the implementation of enterprise accounting systems and post-implementation reconciliation activities required to clear audits. Mr. Schiller received a BSFS in International Economics from Georgetown University and his MBA from Columbia University. He resides in Los Angeles.

My team and I are like Scottie on the Enterprise, except that we never say it can't be done and we usually have it delivered before Scottie can finish reading the instructions.

Sajeel Khanna is an entrepreneur, a technology engineer, CAD Specialist, business solutions architect and a new ventures evangelist. He has lived, worked and studied mostly in US, Canada and India. His company BluEnt Global has offices in NYC and clients in North America that keep him shuffling quarterly between the U.S., Canada and India. Saj has family roots in the theatre business in India where he interned growing up. Mr. Khanna has an MBA from Stratford University and a BS in Computer Software Engineering from the University of New Orleans. He and his wife currently reside with their daughter in New Delhi.

If you've got an opportunity to make a difference grab it! You never know when that chance is going to come up again.

Nic Yannariello spent 15 long years on the road touring with national acts such as Tool, Filter and Rage Against The Machine as lead singer for the Oregon based hard rock band DFiVE9. Looking to evolve his role in the music industry, in 2003 he built and established the now iconic Hawthorne Theatre; a 600 person concert hall in Portland for national tours and regional acts. Seeing a need for his fellow musicians, Nic then founded Puddletown Studios in 2011. Puddletown has since gone on to become a cornerstone of the northwest community and an institution for thousands of musicians, bands, producers, engineers and artists. Mr. Yannariello graduated with honors from Frostburg State University with a B.S. in Performing Arts and Business. He lives with his wife and son in Bend, Oregon.